An exhibition of the characters created by Dickson for the stop frame animated film The Stone of Folly. The pieces were exhibited at the same time the Canadian première of the film was screening at the Toronto International Film Festival.

On larger monitors, click on large image to access all others full page size.
A red dot before title indicates piece has been sold. 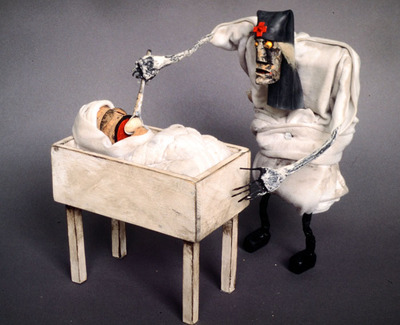